It all began with a leap of faith.

In 1967, Dr. Wayne Dehoney became the pastor of Walnut Street Baptist Church, where he remained pastor until 1985. During his 18 year ministry at Walnut Street Baptist, part of his vision for the church was to identify community needs and minister to people of all ages and socioeconomic backgrounds.

One need that was apparent was the need for adequate housing for senior citizens. Through the vision of the church and the generosity of some of its members, land was purchased at Second and Kentucky. On this land Baptist Towers was built, a high rise complex consisting of 199 living units, a significant addition to Louisville’s available housing for low-income senior citizens. 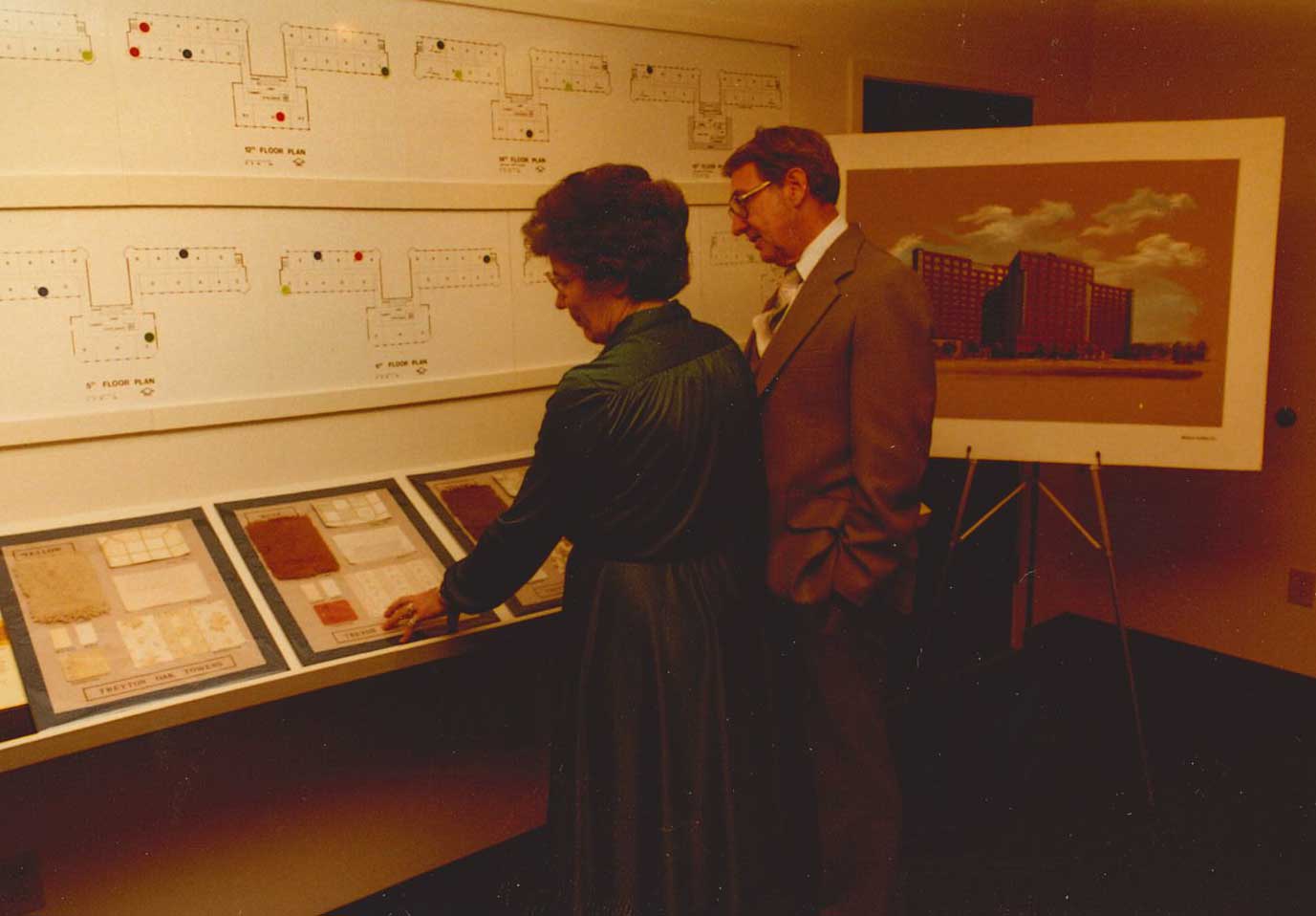 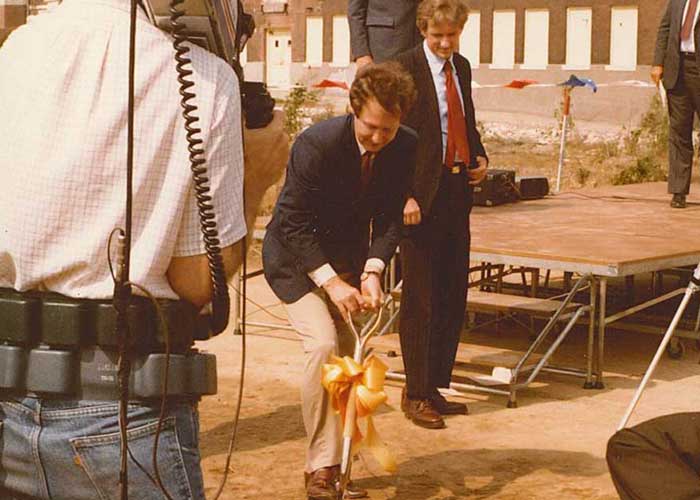 The second major building program directed toward senior housing was much more ambitious. Studies had shown that housing needs for middle to upper-middle income seniors in Louisville were not being met. Walnut Street Baptist Church decided to meet these needs.

In 1975, Norton’s Infirmary, which sat on 9 acres behind Walnut Street Baptist Church between 2nd and 3rd Street, fronting on Oak Street, went up for sale. The asking price was $2,000,000. According to the Courier-Journal, members of the church astonished business and religious leaders alike in the decision to purchase the hospital, viewed by many realtors as a “real estate white elephant.” After much negotiation Norton sold the property to Walnut Street Baptist for $550,000. A substantial gift of $200,000 came from a TV viewer who had never been in the church, but left his money to the church when he died.

In 1977, the church elected an independent board of directors for the “not-for-profit” subsidiary corporation, Third and Oak Inc., and charged them with the responsibility of developing a total life care retirement ministry to be located on the Norton property. 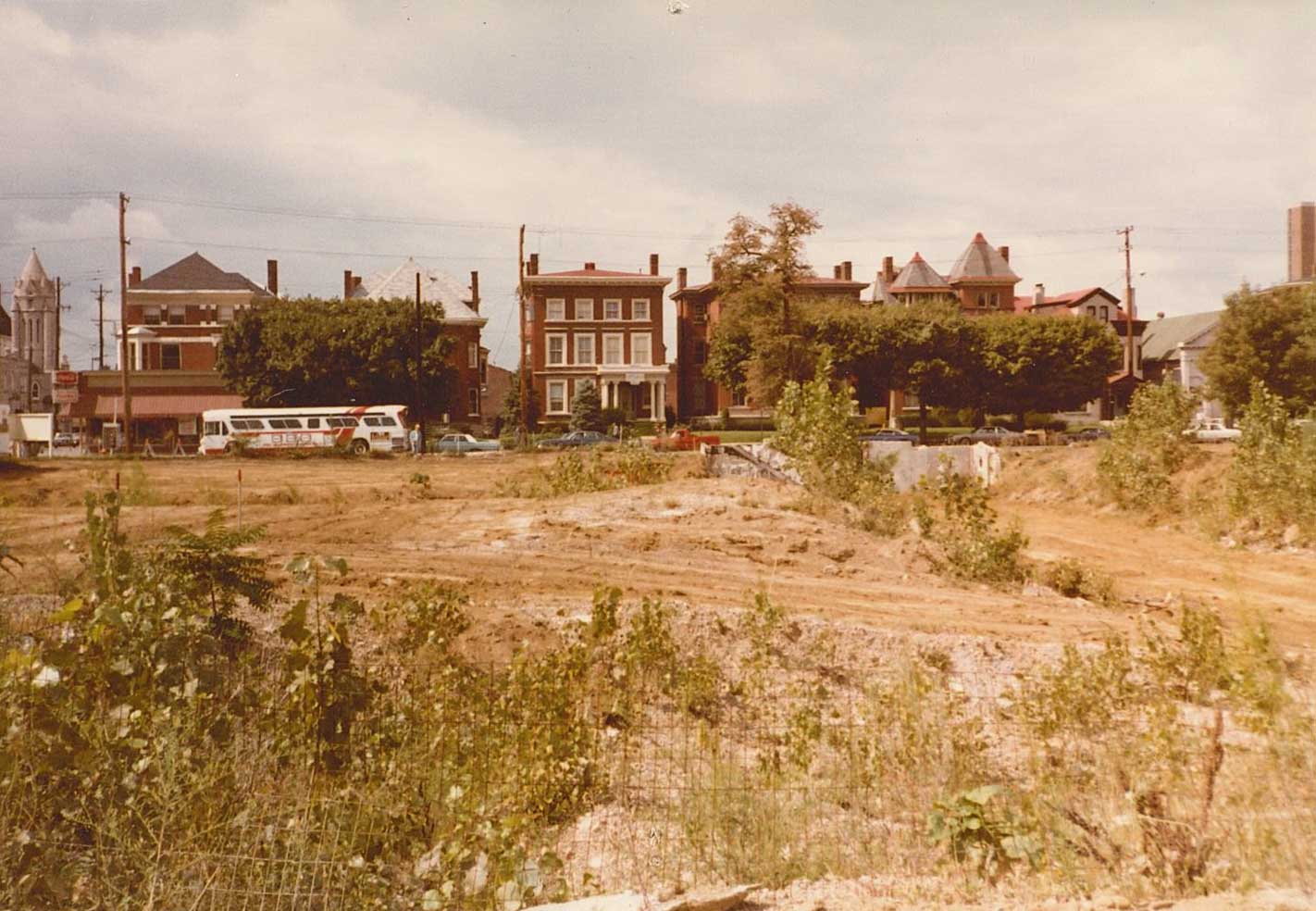 In 1980, the preliminary site was prepared for Treyton Oak Towers as the Norton Infirmary buildings were razed. A groundbreaking ceremony was held on September 27, 1982, with the Board of Directors and local and state dignitaries in attendance.

In the spring of 1984, the first resident moved into Treyton Oak Towers, the name taken from the project’s location at Third and Oak.

The new facility boasted 209 apartments and a 60 bed health care center in a twelve-story complex. Wayne Dehoney indicated the “overall concept” of Treyton Oak Towers was “to provide an environment where seniors can live independently.”

The following images are taken from a 1984 issue of Courier Journal showing the launch of Treyton Oak Towers and it’s vision for the future.

Our residents continue to benefit from the consistency and continuity of the same non-profit ownership since the founding of Treyton Oak Towers thirty years ago. Thanks to the longevity of our Board of Directors and supporters, the quality of services and care at Treyton Oak Towers is second to none. 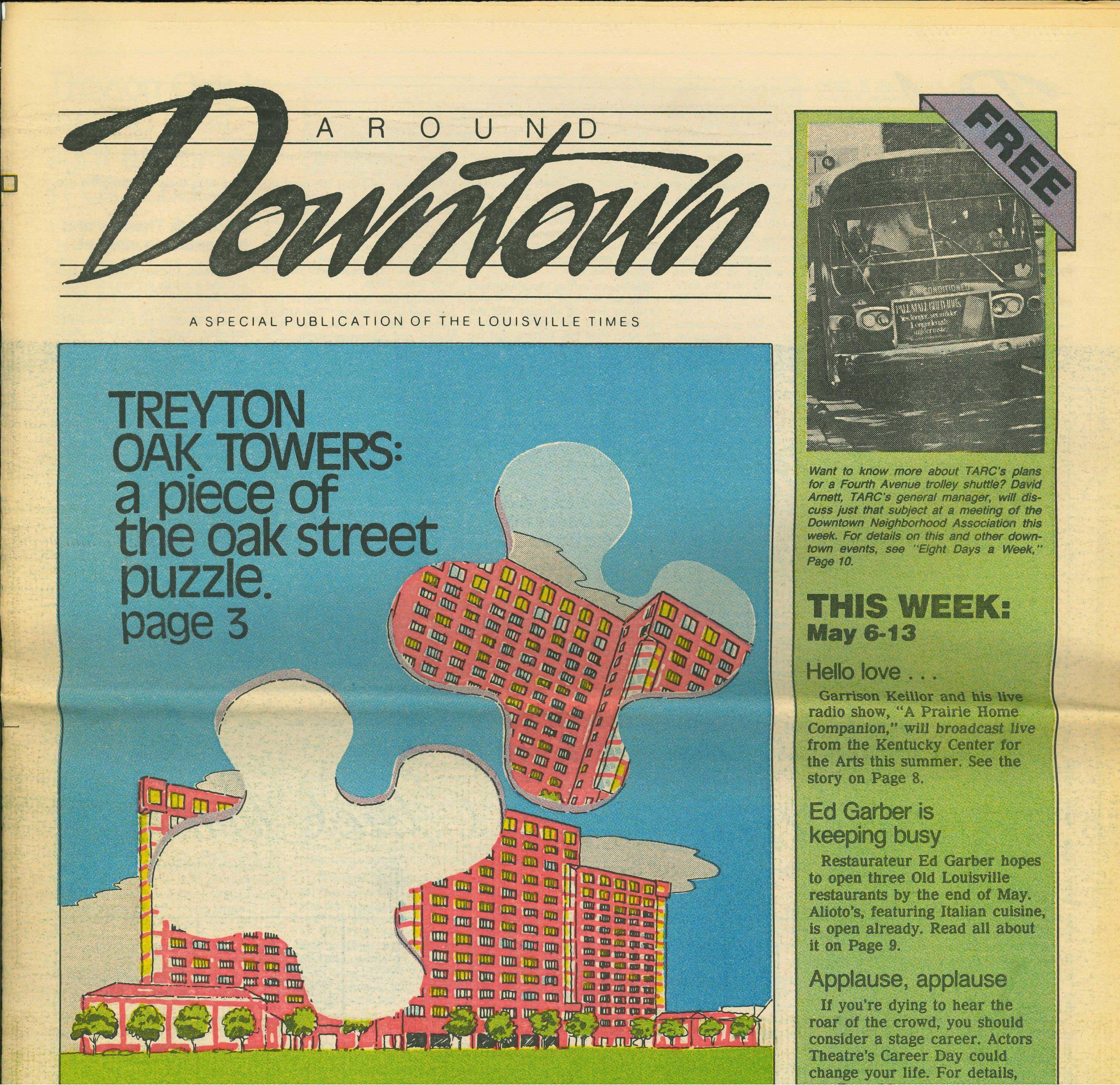